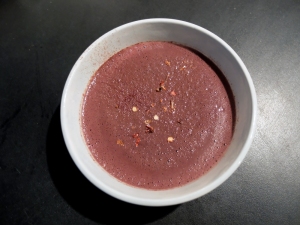 Sanguinaccio Dolce is a traditional Italian dessert from Naples, usually served during the festivities of Carnevale. This rich, dulcet pudding is customarily made from pig’s blood, milk, chocolate, and sweetened with a bit of sugar, though other ingredients occasionally appear, such as dried fruit and nuts.

I stumbled upon the dessert on Atlas Obscura and my interest was naturally piqued. Initially, I followed traditional recipes to get a good feel for it. While the classic composition is lovely, I wanted to spin my own version, using cocoa powder instead of melted chocolate. While it definitely changes the texture, making it a little less rich and creamy, it gives more space for the blood to shine through. The heat from the habanero also brings out the flavours of both the cocoa and blood. 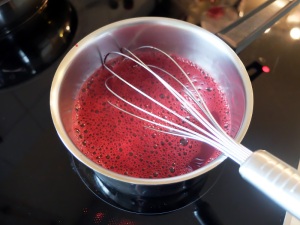 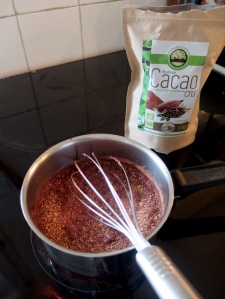 It goes very well with different sorts of biscuits.